The ‘magic bug’ bit Phil when he received a magic kit for Christmas at the age of 10. Phil’s skills grew as he studied the all time great magicians such as Houdini, and trained with each free moment. He began a magic club with Woody Woodward.

Phil received a BA in theatre and trained with visual comedian/juggler, Randy Judkins in Mime and juggling. He worked his first venues at church socials and birthday parties. Young children, families, and adults have been delighted with his shows. He has been making great memories that last lifetimes.

Shows have included energetic performances at peoples’ homes and at LLBean, Portland Pirates Stadium, Maine Mall, and the Portland Sea Dogs Field. Further, he has been creating magical experiences by performing at wedding receptions and rehearsal dinners.

After training with world renowned magician, Jeff McBride, and many other stars, Smith went on to win Best Magician in Maine, several times. Phil has been combining expert sleight-of-hand skills with mime, clowning, juggling, and slapstick humor for many years. It all adds up to fun energetic performances for Phil’s audiences.

In you’re interested in hiring a magician, illusionist and comedian in Maine, New Hampshire or Massachusetts; that will awe your guest and delight both young and old, Phil Smith is your guy.

Phil is available for all events including:

Professional, magical, & comical. So many commented that it was a wonderful addition for the guests and guests of honor’s 50th B-Day!

She, as well as all of her other little friends was mesmerized and thoroughly entertained.

Your participation in our activities brought about a whole new dimension to our evening of activities.

Your jokes hit the spot with all ages, the entire audience was awestruck and giddy by the time they left

Your shows were “magical”! I have received an endless number of positive comments from teachers, parents, and students.

We knew we wanted to have something different that would serve as a reminder of our celebration. I would highly recommend you to other couples that want to make their reception an especially memorable occasion! People aren’t likely to remember the quality of the food, or if there was an open bar, but the performance of a professional magician will be a lasting memory for many of our guests!

His humor, enthusiasm, and extensive variety of tricks kept the students engaged throughout. The students loved being able to participate in the various tricks, and students and staff alike were in awe as Phil performed.

Phil is an annual event on our calendar of special events.

The children actively participated in many of the tricks as a group, and as individuals with special attention given to the ‘birthday boy!

Your act has been one that the students highly recommend from one year to the next!

We were very impressed with your magic expertise; your balloon characters, and your wonderful sense of humor!

Our son is a huge fan of magic and was glued to the screen throughout the entire performance. There were plenty of surprises and laughs and Phil taught us a trick that our son has shown countless times to his friends and family. The tricks were very well suited to a virtual show and we all enjoyed it tremendously. This is a great way to make your child feel special with a birthday to remember.

I am writing to thank you for making my wife’s surprise birthday parties a tremendous success. I am still hearing from our guests who attended her party either in New Hampshire or in Rhode Island. Thank you again, making my wife’s 50th birthday celebrations memorable occasions!

We are writing to tell you of the wonderful response and praise you have received from your strolling performance at the cocktail hour of our wedding…Your services were that something special and actually went way beyond our expectations. Reports were that your performance was spellbinding and mesmerizing. It made us feel good to know that our wedding will be remembered and talked about for a long time to come as a result of your services. The only thing we would change about your show is that we would have contracted you for a longer period of time!

The folks from Boston had a great time due to your ability to mesmerize them with your magic! 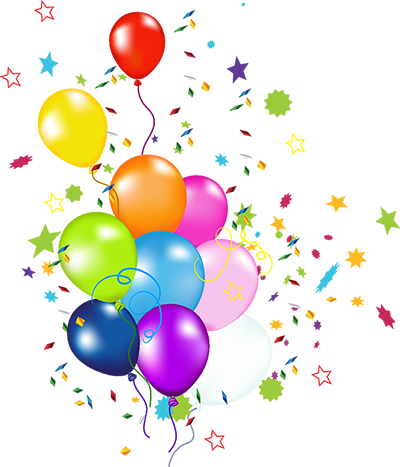